Today, over half of the world’s population lives in urban areas and by the middle of this century 7 out of 10 people will live in a city. This increased urbanization has also lead to more and more people residing in informal settlements, generally known as slums. By the middle of the 21st century, it is estimated that the urban population of developing countries will more than double, increasing from 2.5 billion in 2009 to almost 5.2 billion in 2050. In India (2011) roughly 13.7 million households, or 17.4% of urban Indian households, were considered to be part of a slum. Each slum in a city suffers from varying degrees of depravity. This proposal aims to build high-resolution agent-based models that can describe the growth dynamics of slums in Bangalore. Such a model will create a virtual slum that decision-makers, and researchers, can use to explore how different policies would influence the growth, development or contraction of slums. The team plan to build on their existing work and develop a decision support system for slums in general, which will help guide experts when evaluating or designing policies to improve conditions within slums. This involves developing new computational methods for analyzing satellite images and new data visualization techniques for simulation steering. Through extending the existing decision support prototype, and applying it to a new domain of slum policy, the hope is to generalize the current software. Therefore, this proposal will aim to develop a reusable software framework for decision support and disseminate it to other users. 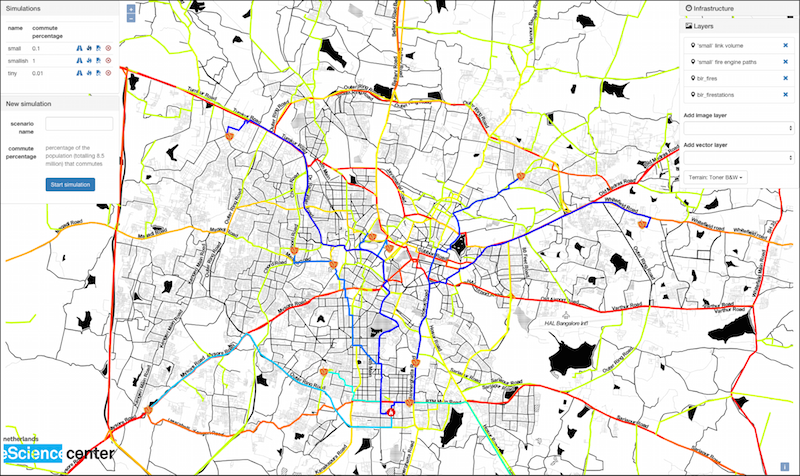 By the middle of the 21st century, it is estimated that the urban population of developing counties will more than double, increasing from 2.5 billion in 2009 to almost 5.2 billion in 2050. The SIM-CITY examines urban processes within the India City of Bangalore. This includes simulation-based optimisation of fire station response, and agent-based models to understand the concept of living wage in Slums.

In the Kumbh Mela Experiment we plan to develop sophisticated methods and algorithms to aid planners and event managers in managing extremely large crowds. The project aims to deliver the core components of an entire crowd management solution, all the way from designing and building personnel devices for tracking movement, to developing advanced computational models to help predict how the crowd may evolve. This leads to a vision of a living simulation where various data sources (personal devices, video cameras, smart phones, monitoring drones) can be fused into models and executed on an advanced compute infrastructure capable of providing both planning, as well as real-time reactive decision-making. This proposal addresses three key research areas related to the understanding and management of huge human crowds: Data Collection; Data Analysis; Modelling and Prediction. The Kumbh Mela Experiment will happen in April-May 2016 and will present a once in a lifetime opportunity to do both extremely exciting new science and application. 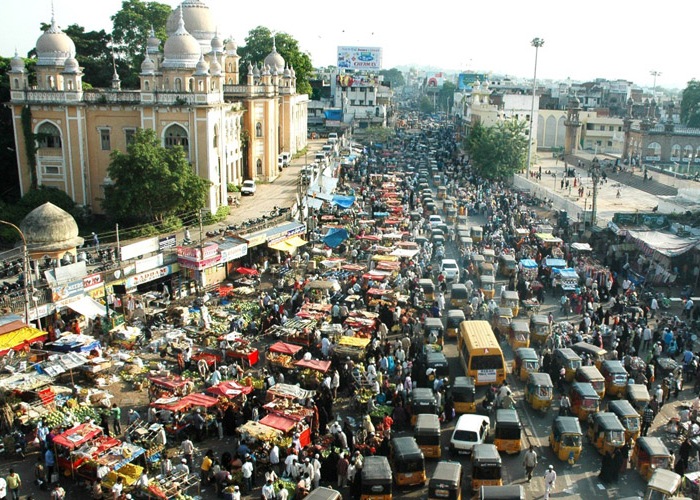 Until recently, there has been little location-based data in India on which to base traffic and transportation models and theory, and urban planning tools, which are contextually-appropriate for Indian situations. The situation, however, is rapidly changing due to possibilities created by modern electronic trace data. This project includes numerous industrial and academic partners and aims to solve Indian transportation challenges through the use of new emerging data sources.

Detecting anomalous behavior in stadium crowds with location analytics based on data collected with Wi- Fi and Bluetooth sensors in the Amsterdam Arena.

In this project we are going to address this problem, using the Amsterdam Arena stadium as a living laboratory. Based on detection of Wi-Fi and Bluetooth signals from smart phones, we will follow visitors’ locations in real time. We will develop algorithms and software to process locations in real time and to detect “abnormal” behaviour of a crowd that could lead to a disaster. Existing simulation models will be used to model normal and abnormal behaviour in crowds. Based on the results, we will train classifiers to detect abnormal behaviour during a public event. Our ultimate goal, to be achieved in follow-up projects, is to develop a system that interacts with the crowd in order to prevent escalation of risk situations into actual disasters. Such system will direct (groups of) individuals, e.g. to alternative exits, to minimize congestions during an emergency situation, with mass communication devices like screens or personal devices like smart phones. 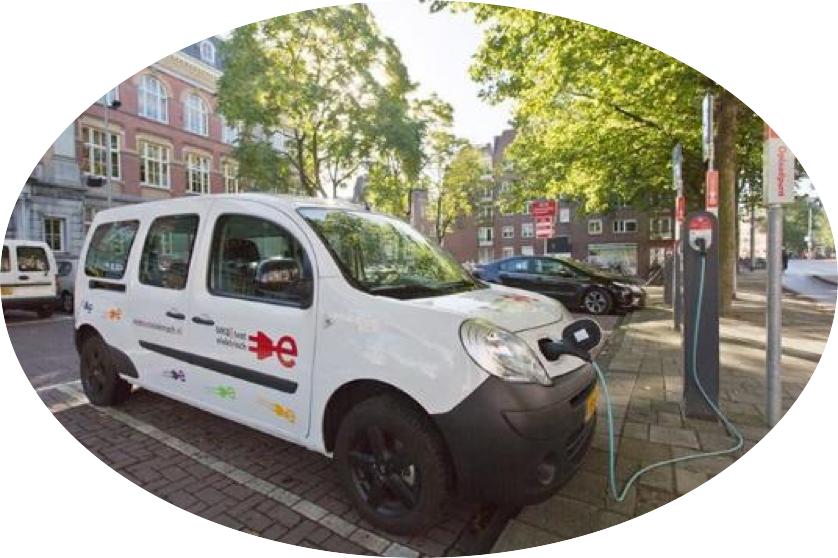